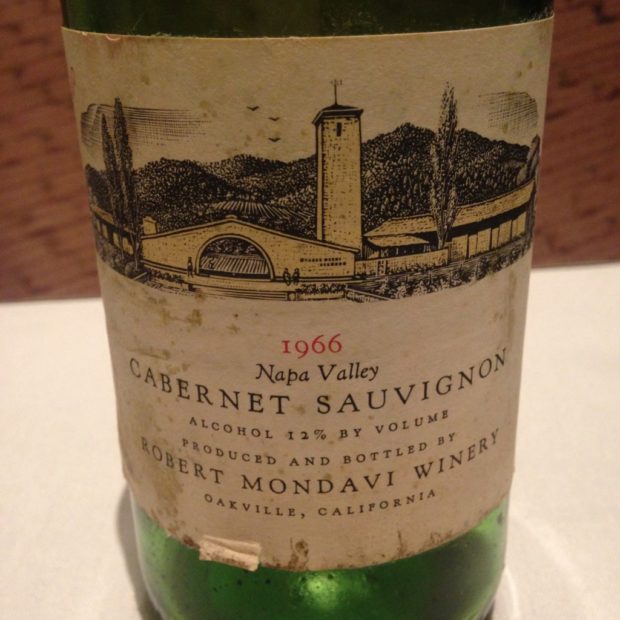 This year marks the 50th anniversary of the Robert Mondavi Winery on the Oakville bench of Napa Valley. To celebrate, the winery put together a two-day event for 25 journalists from throughout North America, offering us the opportunity to taste 24 vintages of Mondavi’s flagship Cabernet Reserve, as well as spending time with many of the key winemakers and viticulturists of the winery’s history.

It is difficult to think of any other Napa Valley Cabernet of which such a historic vertical would be possible. Wineries with a longer history such as Beaulieu and Inglenook have nothing like the continuity evident at Mondavi. There have been subtle and sometimes not-so-subtle changes of direction in winemaking here but in essence the team and intentions have remained the same, and the ownership has changed only once when in 2004 the Robert Mondavi Winery was sold to the giant Constellation. Its founder died four years later at the age of 94 (see Jancis’s appreciation of Robert Mondavi).

When Mondavi started his eponymous winery in 1966 the goal was to show that California could make wines to compete with the very best in the world. A mere 10 years later two of Mondavi’s original winemakers – Warren Winiarski, who helped start the wine programme at Mondavi, and Mike Grgich, who soon took over – would go on to win the famous 1976 Judgment of Paris in red and white categories respectively that did so much to establish the region’s reputation for world-class wines.

To keep reading, heading on over to JancisRobinson.com where the article continues accompanied by tasting notes for 24 vintages of the Mondavi Cabernet Reserve rather evenly spread from 1966 to 2013. This article appear behind a paywall.